Already during his studies at the Hochschule for Musik and Theater ‘Felix Mendelssohn Bartholdy’ in Leipzig, Andreas Döhler was appearing at the National Theater in Weimar. Immediately after graduating, he was engaged at renowned theaters such as the Thalia Theater in Hamburg, the Deutsches Theater in Berlin, and the Berliner Ensemble. From the very beginning of his career, directors who have significantly shaped contemporary theater noticed the special sincerity and physical intelligence that the actor knows how to use subtly and precisely. Repeated award-winning collaborations followed, with Dimiter Gotscheff, Frank Castorf, Michael Thalheimer, Nicolas Stemann and Sebastian Hartmann, directors with whom Andreas Döhler is frequently invited to prestigious theater festivals.

The actor knows how to combine seriousness and ease, body and emotion, humor and human tragedy smartly and masterfully - to such a degree that the audience has the feeling of being able to share the actor’s every thought and emotion. Andreas Döhler’s powerful interpretations demonstrate his courage to venture beyond the traditional limits of acting. He is not afraid of making his characters larger - just the way people are when they can move outside the conventional wisdom. In his intense portrayals, he shows their motives in all their complexity, as well as their existential, wild, and yet so human quest for meaning.

Andreas Döhler continually oscillates at the human limits of his characters, who, when carried over to life, often falter and are thus all the more human. In so doing, he manages to keep his roles believable to enable an emotional insight into the whole range of human behavior. The complex courage of the actor to show his characters naked, even when they are wearing clothes, to bring them to life in their total vulnerability and plaintiveness and, at the same time, endow them with a stubborn dignity and resolve is widely esteemed by representatives of the new German cinema such as Andreas Kleinert, Christian Schwochow, Dietrich Brüggemann, Eva Trobisch, Florian Eichinger, Isa Prahl, Jan Bonny, Julian Radlmaier and Miriam Bliese.

Andreas Döhler works as an actor in the German-speaking world and lives in Berlin. More information on the artistic work of Andreas Döhler can be found here unter www.agentur-schneider-berlin.de. 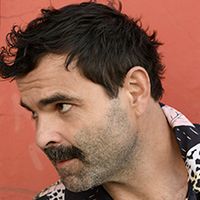 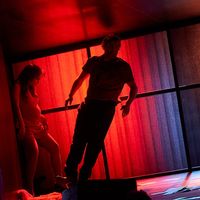 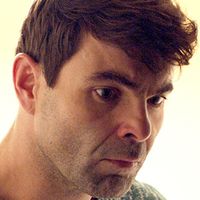