Patrycia Ziolkowska was accepted at the age of 17 at the Westphalian Drama Academy in Bochum, today the Folkwang University of the Arts. While still a student, she debuted at the Schauspielhaus Bochum in productions by Leander Haußmann and Uwe Dag Berlin. Immediately after graduation, she shot her first leading role in film directed by Buket Alakuş and was discovered by Fatih Akin in the editing room. She worked with him for the first time in the film 'Solino'. From this, a collaboration developed that has lasted until today, in films such as 'Auf der anderen Seite' (The Edge of Heaven) and 'The Cut'. In the theater, directors such as Andreas Kriegenburg, Dimiter Gotscheff, Karin Beier, Laurent Chetouane, Luk Perceval, Nicolas Stemann, and Ulrich Rasche are her artistic companions. Very early on, they recognized the unique abilities of the actress to bring both physicality and expression to life in the artistic space, directly and with abandon, and to use this for their groundbreaking productions.

Her emotionally charged abilities to understand body and language as going hand in hand, generate honest, direct, virtuosic acting and have made her one of the most outstanding protagonists of contemporary film and theater including at the Burgtheater in Vienna, Schaubühne Berlin, Schauspiel Köln, Schauspielhaus Zürich and Thalia Theater Hamburg. Patrycia Ziolkowska possesses an unmistakable playful ease as she moves truthfully and extremely intuitively between complex characters with her multifarious, clear means. In the process, she moves effortlessly between genres in film and theater. Her outstanding work has been widely recognized and repeatedly invited to the renowned Salzburg Festspiele as well as the Theatertreffen. In film, directors such as Andreas Kleinert, Lars Becker, Lukasz Barczyk, Maris Pfeiffer, Martin Enlen, Mathias Glasner, Nina Grosse, and Thorsten Näter employ her extraordinary mutability and her precise sensitivity for their ambitious productions.

Patrycia Ziolkowska’s stunning and powerful performances with which she brings her characters to life are celebrated by audiences and the press alike. The Süddeutsche Zeitung writes: 'Patrycia Ziolkowska performs very vividly, highly virtuosic, delicate and loud, but also with an ironic, superior distance. Playing multiple characters at the same time is not a problem for her. The actress demonstrates magnificent skills and a special feeling for the absurd.' 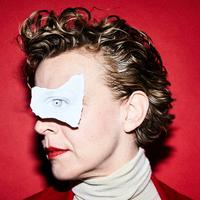 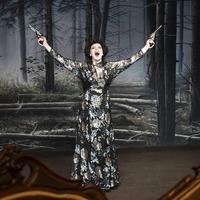 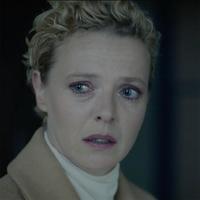