Carlo Ljubek was drafted as a professional soccer player at the age of 16 by TSV 1860 Munich. At the age of 19, he changed to Preußen Köln and completed high school there. During this time, he worked with a series of independent theater companies and was accepted soon after by the renowned 'Otto Falckenberg School' in Munich. Already during his studies, he was performing in various productions at the Munich Kammerspiele. After graduation, he was engaged at the Schauspiel Köln and later at the Schauspielhaus Hamburg by Karin Beier, resulting in a collaboration that endures to this day with her, as well as with Armin Petras, Falk Richter, Frank Castorf, Jette Steckel, Johan Simons, Karin Henkel, Michael Thalheimer and Viktor Bodo. The directors who play a decisive role in shaping German language theater value the actor’s precise approach to finding the humanity of his characters. He intuitively creates a dramatic flow that brings them uniquely to life.

The ease with which he moves between virile storylines and fragile emotional states invariably causes a sensation, making him a much sought-after protagonist of contemporary theater and film. Carlo Ljubek stands out with his intense performances in ambitious television and film productions such as 'A Hidden Life', 'Atempause' (Pause for Breath), 'Beat', 'Das Leben danach' (Life Afterward), 'Der verlorene Vater' (The Lost Father), 'Die Welt ist groß und Rettung lauert überall' (The World is Big and Rescue Lurks Everywhere), 'Heimkehr' (Homecoming), 'Kill me Today, Tomorrow I’m Sick', 'Safe' and 'Shahada'.

Carlo Ljubek’s dynamic, uncompromising, and committed performances move playfully between a human radiance and the fractures of life. In the process, with the simplest means, he succeeds in creating rapid shifts between the clarity and the contradiction of existence. Directors such as Aelrun Goette, Caroline Link, Christian Alvart, Christian Schwochow, David Schalko, Hermine Huntgeburth, Lars Becker, Marco Kreuzpaintner, Philipp Stölzl, Sherry Hormann, Soleen Yussef, Stefan Schaller, and Terrence Malick esteem him as a sensitive and resilient performer of his generation and value his nuanced acting as well as his powerful and sensitive presence in bringing his roles to life both on stage and on screen. Carlo Ljubek is an ambassador of the German Integration Foundation www.deutschlandstiftung.net.

Carlo Ljubek works as an actor throughout Europe and lives in Hamburg. More information on the artistic work of Carlo Ljubek may be found here: www.abovetheline.de. 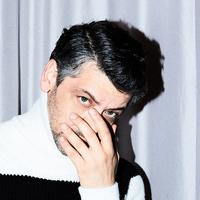 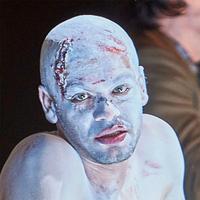 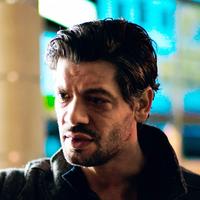