At the age of 19, Henning Flüsloh completed the prestigious Theater Year at the Burgtheater in Vienna before being accepted at the renowned Ernst Busch School of the Dramatic Arts in Berlin. While still a student, Henning Flüsloh's special acting talents came to the attention of new, up-and-coming directors as well as those established and in demand such as Evgeny Titov, Henning Beckhoff and Kay Voges, who cast him in their film and theater productions. Invitations to several international theater festivals followed, including the Festival International des Ecoles Supérieures d'Art Dramatique in Rabat and the International World Theatre Education Alliance Festival in Beijing, where he received the 'Outstanding Actor Award' for his excellent portrayal of the Fool in 'King Lear'.

Following stints at the Volksbühne Berlin and the Vienna Burgtheater, he joined the ensemble of the Schauspielhaus Düsseldorf, where he worked with directors who continue to set essential artistic impulses for theater in the German-speaking world such as Armin Petras, Bernadette Sonnenbichler, Christina Tscharyiski, Laura Linnenbaum, Robert Lehninger and Sebastian Baumgarten. They value Henning Flüsloh's incredibly physical way of bringing his characters in relationship to society and to the present. In the process, they know exactly how to use his effortless, thoughtful ability to always understand himself dynamically in connection with his fellow actors and in the working environment in their demanding productions.

Henning Flüsloh's acting abilities as well as his awareness of being an active part of the contemporary narrative have made him an exciting and much sought-after storyteller for stage and film. Protagonists of film such as Hermine Huntgeburth, Laura Lackmann, Oliver Kracht, Piotr J. Lewandowski, Stefan Lukacs and Torsten C. Fischer, use of the actor's willingness to continually transport himself into unbounded realms in order to fathom and to expand the state of being human. The unlimited abilities of the actor have been used by directors in their demanding and extraordinary productions, such as 'The Wasp', 'Five Things I Don't Understand', 'Love Me', 'Pimps', 'Rubble Girls' and 'Unspoken'. Moreover, Henning Flüsloh is valued for his oscillating, powerful, and, at the same time, translucent acting, always striving to give his characters a possible and credible anchoring in the human condition, both in film and the theater.

Henning Flüsloh works as an actor in the German-speaking world and lives in Berlin. More information on the artistic work of Henning Flüsloh may be found here www.hoestermann.de. 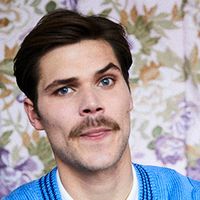 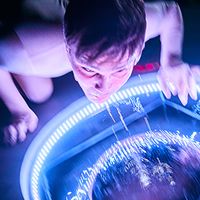 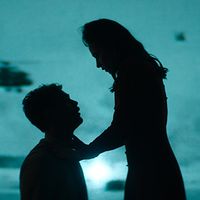