Samuel Finzi performed in his first theater and film roles while still a student. Very early on, he came into contact with directors who have had a major influence on European theater and film. He has worked in the theater with directors such as Benno Besson, Dimiter Gotscheff, Dušan David Pařízek, Frank Castorf, Jürgen Gosch, Luc Bondy and Robert Wilson. In film, his collaborations with Kamen Kalev, Lola Randl, Marie Noëlle, Michael Glawogger, Oliver Hirschbiegel, Oskar Roehler, Peter Popzlatev, Sönke Wortmann and Til Schweiger have extended his popularity to a wider audience. Alongside his theater engagements at all of the important German language theaters, Samuel Finzi has performed in many ambitious film and television productions.

He has given convincing performances in demanding crime series such as 'Allmen', 'Flemming' and 'Tatort'. He has captivated audiences in popular successes such as 'Das Wunder von Bern' (The Miracle of Bern), 'Klassentreffen' (Class Reunion), 'Snake Eyes: G.I. Joe Origins', the 'Kokowääh' series, as well as in independent films such as 'The Captain', 'Die Erfindung der Liebe' (The Discovery of Love), 'Fritz Lang', 'Herrliche Zeiten' (Splendid Times), 'Marie Curie' oder 'Tod den Hippies!! Es lebe der Punk!' (Death to Hippies!! Long Live Punk!). The actor shapes his figures as smart, associative character studies, which bear witness to a detailed and intelligent acting strategy. Audiences and the press celebrate his intensive images of human motivation that are almost craving for transformation and his effortless precision when performing.

He has received several awards for his multifaceted and brilliant performances, among others the Gertrud Eysoldt Ring for Outstanding Acting Achievement, the Golden Chest Award and the Berlin Theater Prize. In 2015 he was honored for his outstanding acting performance by the renowned theater magazine Theater Heute as 'Theater actor 2015' and in 2016 with the German Actor Award as 'Best Comedy Actor'. Samuel Finzi is one of the most sought-after actors for film and theater in German-speaking countries and has already acted in over 150 productions.

Samuel Finzi works as an actor in Europe and lives in Berlin. More information on the artistic activities of Samuel Finzi may be found at https://die-agenten.de. 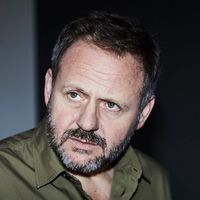 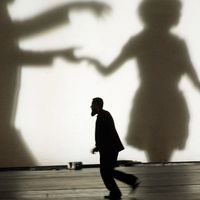 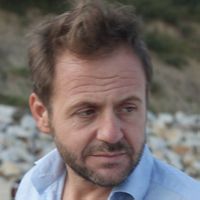 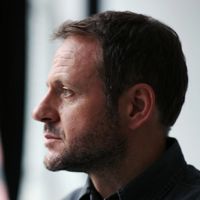 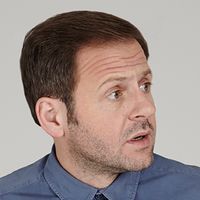